This past week was pretty run-of-the-mill, which wasn’t exactly a bad thing. Sometimes it’s nice to have a break from the craziness. We hung around the house, did our normal stuff, and just had a good time with our little family. We did take Joseph to Barnes & Noble to play with the trains and we went to the zoo (the trip was cut a little short because a certain two-year-old was being a little…challenging. We decided that after two time-outs in 10 minutes, it was time to head home). Other than that, it was a pretty quiet week.

Cute/Funny Stories for the Week:

We Skyped with Jason, so that Joseph could see him while talking to him. He loved it! He showed Jason one of his fire trucks and showed off that he knows a lot of animal sounds (including a very spitty elephant). Now he’ll show me the fire truck and say, “Uncle Jason see fire truck!” He remembers that he showed Jason the fire truck. 🙂

Joseph will hold something up to his face, tell me to say cheese (which I will do), and then make a clicking sound. Then he’ll run over to me and ask if I want to see the “picture” (“Wanna see picture?”). I’ll tell him yes and then he’ll tell me, “Okay, hold on, wait a minute!” ( he then pretends to push buttons on whatever it is, kind of like I do with my phone). Can you tell what he hears after I take a picture of him?

Whenever we read to Joseph, he always needs to tell us more information about each page. It’s pretty entertaining!

The other day, when he was supposed to be taking a nap, I could hear Joseph barking…at first I was wondering why he was barking, but as I listened more carefully, I noticed that he was only barking when one of our neighbor’s dog barked. He then moved on to singing “Jingle Bells” at the top of his lungs. After two hours of this, I finally got him out of his bed…I guess you can say that his naps are hit-and-miss at this point. Some days he takes super-long naps and other days he takes no nap.

While we were out on a walk yesterday, Joseph would see people out in their yards (the weather was beautiful, so a lot of people were out enjoying it), he’d call out, “Good to see you!” and then as we walked past, he’d say, “Have a nice day!” The best part of our neighborhood is that people had no problem calling back to him. I love where we live!

This Week in Pictures:

And here’s a throw-back picture. Google+ recently put a few of Paul’s older pictures together and this was one of them. I think Joseph was just under a year old here (it’s either right before or right after we moved to Texas). 🙂 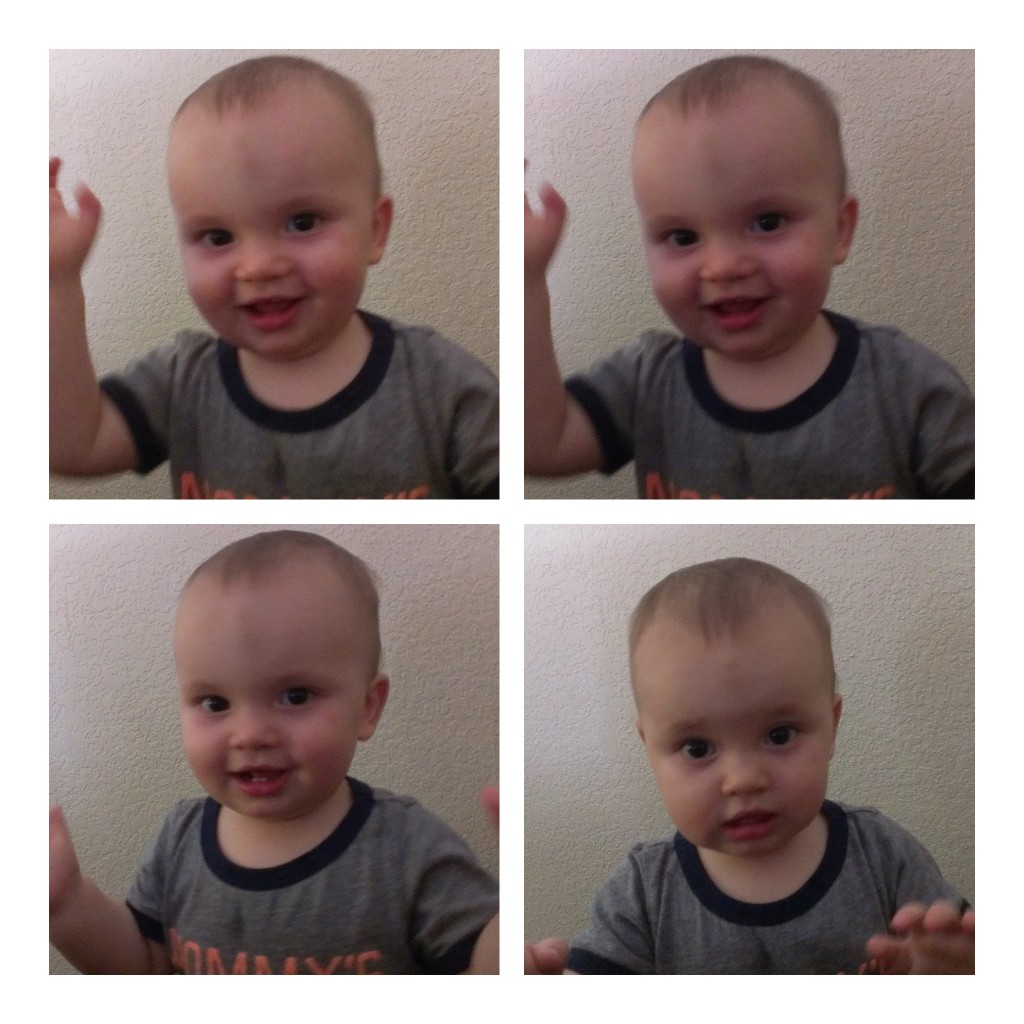