Yesterday just flew by…I just realized a few minutes ago that I didn’t do my normal blog post for the week. We had a super-fun week last week. Monday went by as usual. One awesome thing that happened was that Paul got Joseph to go into the play area! We’ve had to slowly introduce him to the new texture of sand. 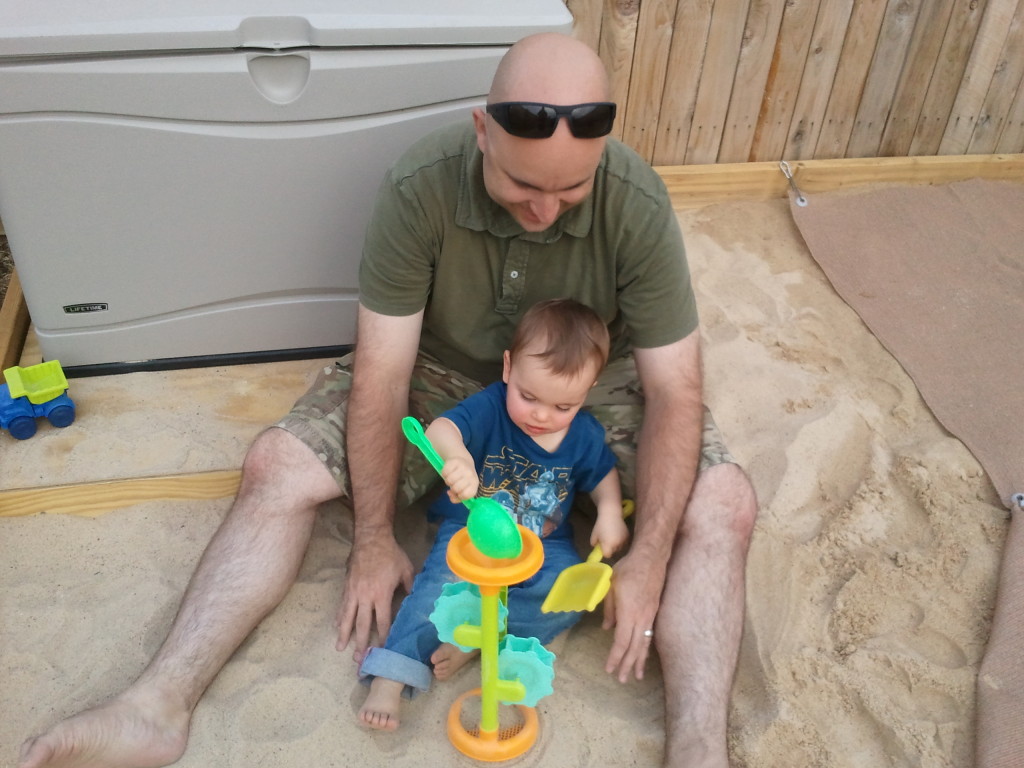 Playing in the sand.

Tuesday brought a meeting with some therapists (recommended by Joseph’s pediatrician) who decided that Joseph is a little behind in his chewing/eating skills. The result: twice a month an occupational therapist will come out to the house and work with him, as well as give me  pointers on some things I can do to get him eating solids better. After they left, we went out to play for a bit in the back yard. One of Joseph’s new favorite things is his basketball hoop and ball.

Tuesday also brought…Grandma and Grandpa! Paul had Scouts, so it was just Joseph and me going to the airport to pick them up. We’ve had a pretty low-key visit, hanging around the house, just relaxing. Joseph loves having more people here to give him loves and pay attention to him. He wasted no time showing Grandma what he likes to do with shoes:

This weekend was General Conference, so we had two days full of uplifting messages (plus the fun of getting to see Amberly singing in the BYU choir that did the music for the Saturday afternoon session). Saturday morning, before Conference started (it doesn’t get broadcast in South TX until 11 since we’re an hour ahead of Salt Lake), we decided to take Mom and Dad to visit something extremely Texas-y: the Alamo! It was a really good trip:

We’re looking forward to another full week with Grandma and Grandpa before they have to go back home on Saturday. It’s been awesome having them here (I didn’t realize just how much I’d missed them until I saw them waiting for me at the airport). 🙂