I’m going to deviate from my typical blog post format for this post. About a week and a half ago, we went to California to see Jason and his fiance Saira get married. We stayed at Mom and Dad’s for a few days, drove up to Central CA for Jason’s wedding (and saw the Sequoias while we were out there), spent a few more days at Mom and Dad’s (and went to the beach), and then traveled home. It was a whirlwind of a trip, but we took a lot of pictures. Consequently, this post is going to be mostly pictures and captions. I will try to stay in chronological order (or maybe not…we’ll see).

A Notable Thing that Happened This Week: Paul went to our HOA meeting and was elected as chairman for the Beautification Committee. I suppose the fact that he has organized our monthly park clean-ups played a big part in that. One of the first things he did was to rescue some trees that are planted along one of the streets. They still had their wire supports even though they have been planted for quite some time. Several of the trees had the wires cutting into the trunks (and one had even started growing over the wire and rubber). Hopefully now they will be able to heal and be strengthened.

A Funny Primary Moment or Two: Joseph took part in the Primary singing for Sacrament meeting today. He was able to get right up to the front this time, but Paul and I couldn’t help but laugh at his “performance”. He knew some of the words to the song (like most Sunbeams), but spent most of the time swinging his arms back and forth and draped over the stand, resting his head, lol. Later, during his class, his teachers told us that they were talking about the animals on Noah’s Ark. They mentioned horses and asked the kids what horses did (probably wanting the kids to make horse sounds). Joseph said that horses teach us to pray. ?! He started laughing afterward, so I think he was probably making one of his “jokes”. Either that, or he has already figured out that “prayer” in general is a good answer for a typical question in Primary, lol. 😉

Alright, onto the pictures!

This VACATION in Pictures: 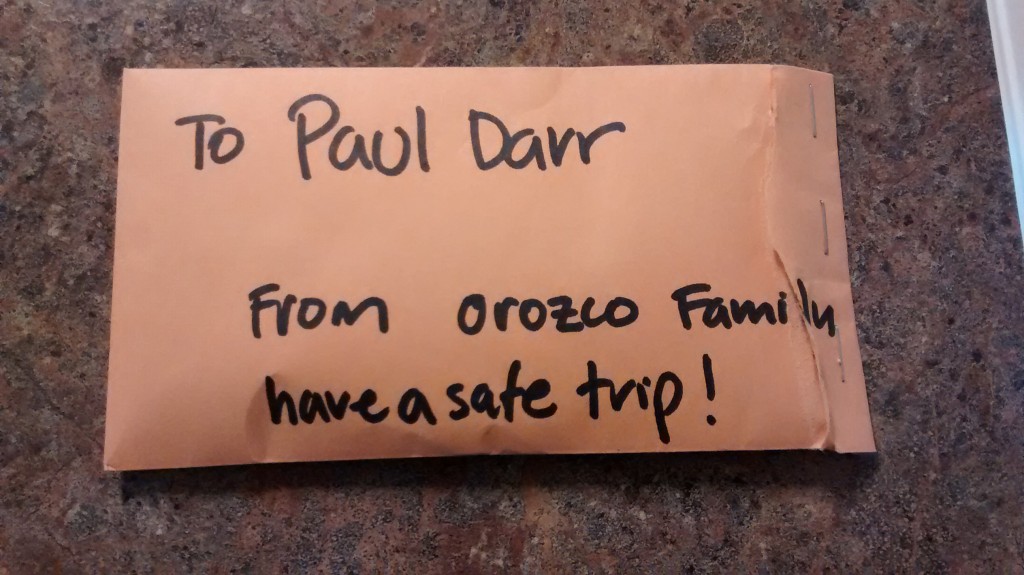 Why this last picture? Well, see…

That time that I left my phone in a Tucson gas station restroom: I didn’t notice it missing until we stopped for the night a couple of hours later, in Deming, NM. I was frantic! We practically tore the motel room apart trying to find it. Trying to resign myself to the idea of it being gone forever, I heated up Joseph’s supper and set it before him, telling him to eat up. He reminded me we needed to bless the food, so I told him to go ahead. He said his normal things, paused, and then asked for help to find my phone. After he finished, Paul went out to look in the car one more time. As he was looking, a call came into his phone, from mine. He answered it. Apparently someone found it and was calling to see if there was a way to get it back to us. They were a few hours ahead of us on the road, but when finding that we were traveling the same route, they said they would leave it at the front desk at their motel (giving us all the information) and we could pick it up there. We did so the next morning. There are good people in the world! I’m also grateful for a Heavenly Father who answers prayers and for a little boy who was prompted to ask for help!