This week I have pretty much laid around, resting my back. I was blessed by several of my friends who brought in meals, came over this week to help me lift Joseph, played with him, and gave me some much needed “adult” time. Paul was also a blessing. He had Monday off because it was a holiday (we were originally planning on going to Sea World…bummer!), but he was able to take Tuesday off as well to help out. By about Friday, I was finally feeling like I could start lifting Joseph a little bit. My back is still stiff, and is sore if I try to do too much, so I’m really trying to listen to my body and rest when it tells me to.

Joseph has been his usual cute self this week. New word this week: eat. I asked him if he was ready to eat, and he repeated the word. I was ridiculously excited, lol. He also says, “Mmmah” when he sees me and Paul kiss, which means (as close as I can tell) that HE wants a kiss, too. So I’ll tell him to come (which he’s gotten pretty good at) and I’ll kiss his forehead. 🙂 He is as social as ever. Since I had friends coming over to help out, he was able to have 3 play-dates this past week. He was SO excited! When there would be a knock on the door, we’d go answer it, and he’d burst out with, “HI!”  I think that when I drop him off at nursery next week, he’s really going to flip out…2 hours of new toys and new friends all his size?! Yeah, he might cry when I come to get him to go home.

Now the pictures for the week.

First up, is Joseph learning how to use the chair that we bought him (can’t beat $5 at Wal-Mart!). I’m thinking of going back tomorrow to pick up another one…that way, when friends come over, they have a place to sit as well. 🙂

Other days, he took advantage of the sunlight that streams through our windows (the weather has really been beautiful lately…warm-ish, but not humid…definitely not what I imagined for February, but after talking to the locals, it’s the way that it is down here).

On Friday, we went to have dinner at a place called Freddy’s (they are famous for their frozen custard. We didn’t get any that night, but we’ve had it before…it’s very good). They have great hamburgers! Joseph was just loving being out and about (plus, there was a really cute baby a couple of booths down that was playing peek-a-boo with Joseph).

A little light reading is always in order. Joseph commandeered this local newspaper (I think it’s put out by the school district) and was enjoying looking at all of the pictures. He was even babbling to himself, as if he were reading it. It was great! 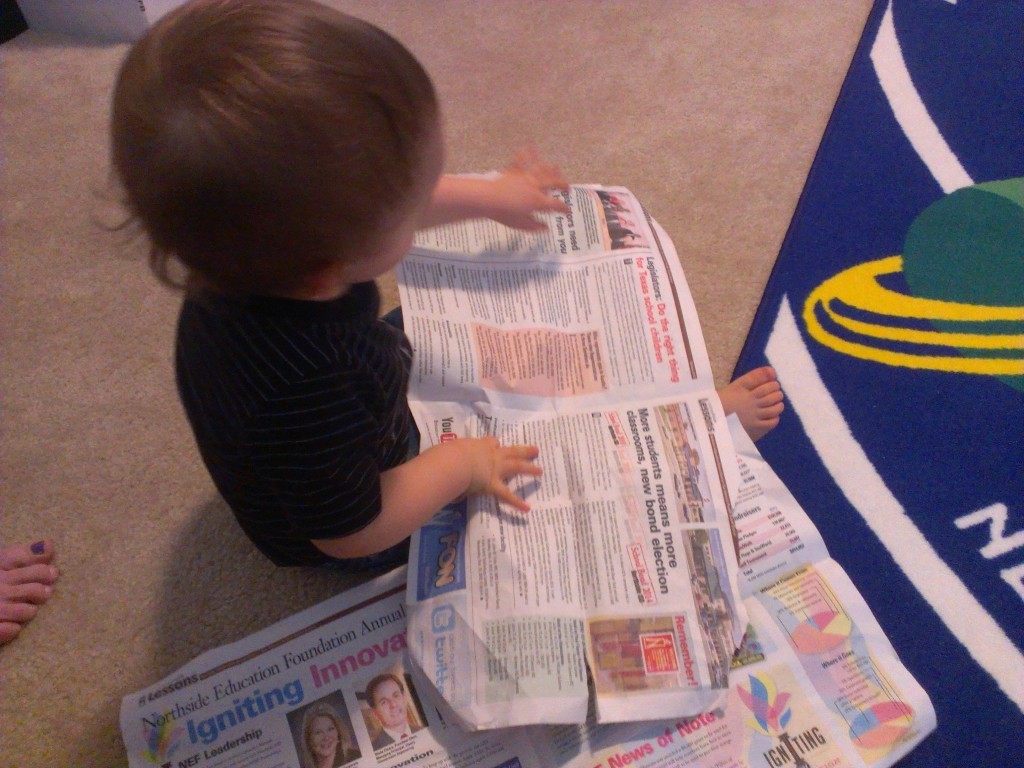 Finally, since we always want to end on a high note, here’s a picture that gives you an idea about how tonight went. 🙂 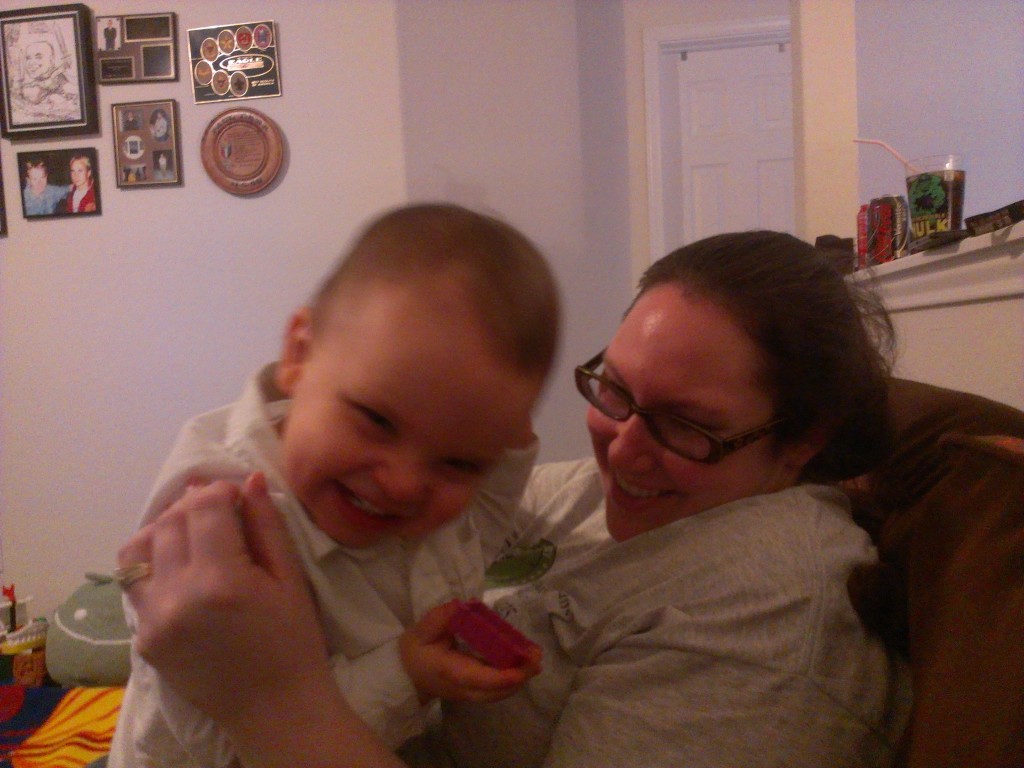 And that’s our week in pictures!